The Kuwaiti Dinar is the official currency of Kuwait, a country located in between Iraq and Saudi Arabia. The country is prosperous owing to its trade and oil. The result of this prosperity is the high value of Kuwait’s currency. As of 2019, it is the highest valued currency in the world.

The current rate of Kuwaiti Dinar as against the US Dollar is:

Against the Euro, it is: 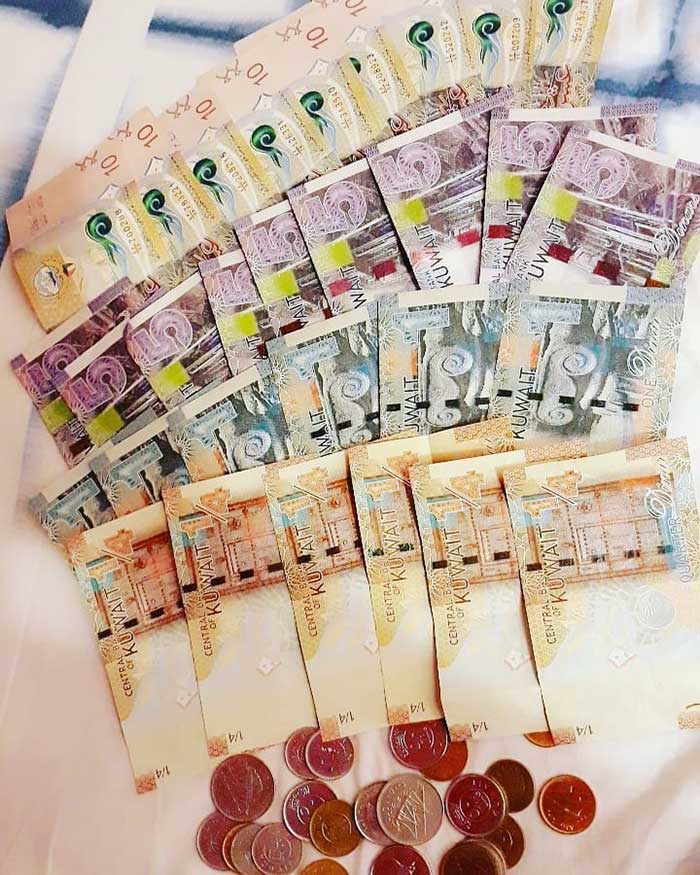 Kuwaiti Dinar and the American Dollar 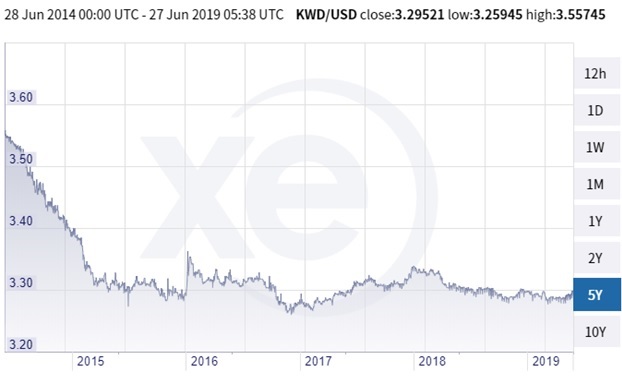 Graph representing the value of the USD against the KWD in the last five years.
Source: xe.com

A brief history of the Kuwaiti Dinar

Introduced in 1968, the Kuwaiti Dinar became the official currency of Kuwait, replacing the Gulf rupee which had a value equal to one Pound Sterling. With the invasion of Kuwait by Iraq in 1990, banknotes were stolen in large quantities. However, after Kuwait got rid of the Iraqi invasion, Kuwaiti Dinar got restored and a new banknote series got introduced. Also, the previous notes got demonetized.

You can also learn more about the Kuwait Dinar here.